When we thought about our trip, it really was a tale of three trips. The first was a lot of sightseeing in large urban centers such as New York, Washington D.C. and Philadelphia. This was in addition to the other sites we visited such as Cooperstown, Gettysburg, Shanksville (site of the United Flight 93 9/11 Memorial) and Niagara Falls. The second was visiting family. We were fortunate enough to be in an area where we had a lot of family. In Washington D.C. we visited Brie, sister, aunt, and sister-in-law and my oldest cousin, Don May, who works in a gorgeous office in the middle D.C. 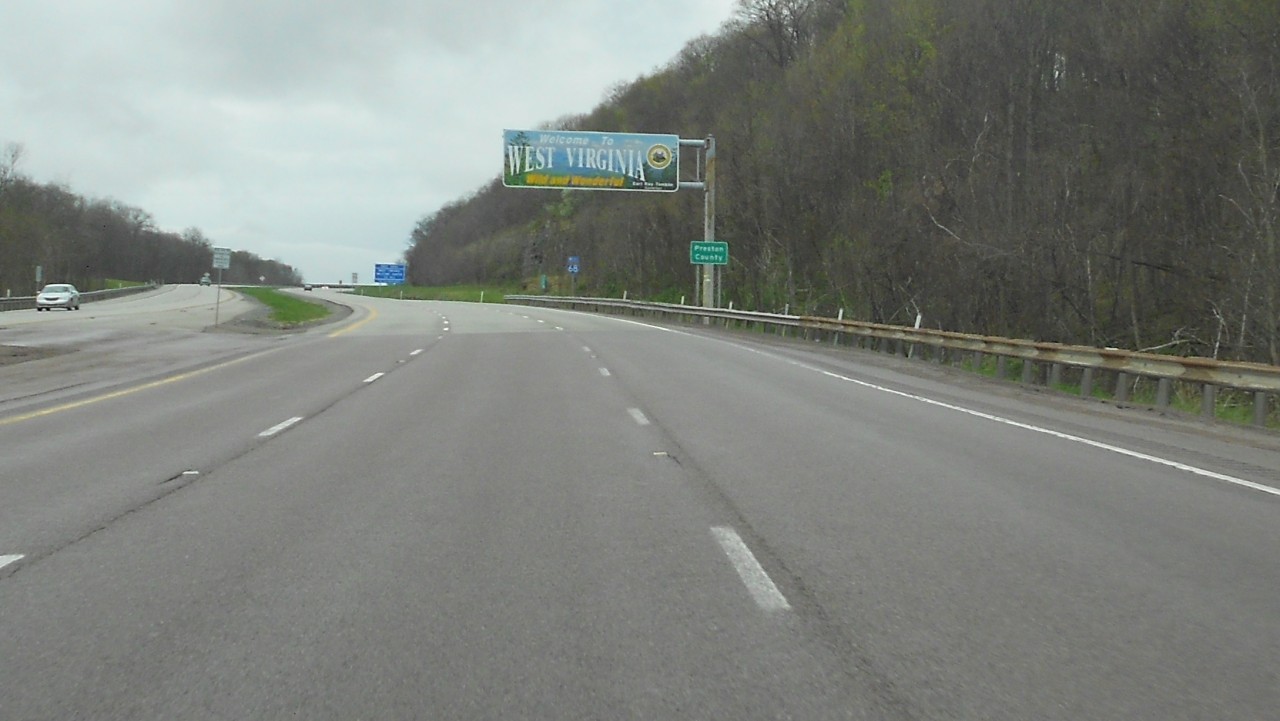 After the big push for seeing the sights, we went to West Virginia and visited my father’s family. My parents came up to West Virginia to visit while we were there. We had four generations of the Beard family under one roof. My aunt and uncle, Jill and Rick Turner, hosted us in Hurricane, West Virginia while we visited. It was great to have the family together. All of my aunts, uncles, cousins, and grandmother visited, and I am always happy to show off my children. No one had met Harlan yet, so it was great to make the introduction. 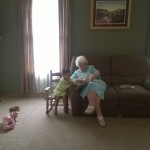 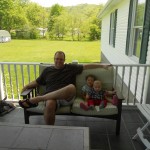 The usual suspects chillin’ on the porch. 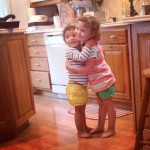 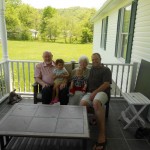 4 Generations of Beards together. 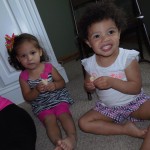 More cousin action, Lyric and Cora. Cora says – can I have some of your snack? 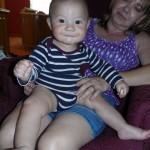 In addition, I decided to use the fishing rod I had been carrying since we left Seattle and managed to catch 12 fish in the creek behind the house. These weren’t big game fish (small mouth bass, sun fish, and another type of fish referred to as a creek chub), but it was fun to catch them with a dry fly. 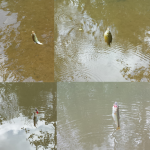 After West Virginia, we went to Frankfort, Ohio and visited my uncle and god-father Gary May. I enjoyed seeing his house without all of the ice and snow I was used to seeing. Typically, trips to Frankfort have been at Christmas, so I haven’t seen the full trees or even a thawed pond. It was great visit, but it was a shame that my cousin Susie was unable to join us.

The final stop in seeing family was to visit AJ’s uncle Chris and his wife Joanne in Cridersville, Ohio. On our way to Cridersville, Google maps got confused and directed us in a round-a-bout way around Dayton, and as a result allowed us to avoid a potentially dangerous situation with tornadoes.

Also, before we made it to Cridersville, we stopped in to the Armstrong Air and Space Museum. We didn’t realize how many astronauts have come from Ohio, and the museum a was small but very fun stop. Cora managed to crash the space shuttle quite spectacularly multiple times. 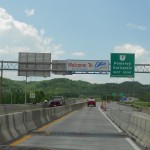 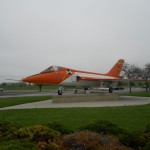 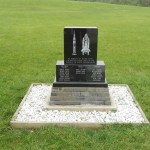 In memory of those who’ve served our country in space.

In Cridersville, we visited with Chris and Joanne and had a great stop, in addition to some real good food. Ahhh, Texas style grilling and barbecue (and old school drank!). When we left Cridersville, we were excited and anxious to get to Chicago and get in the RV.

It was a real and rare treat to be able to see so much family with the kids.